Home > Technology > How Remote Monitoring Works In The Aviation Industry? 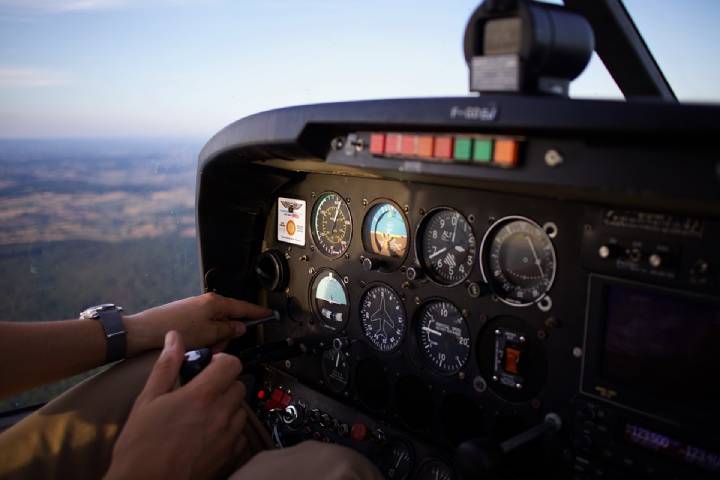 How Remote Monitoring Works In The Aviation Industry?

Remote monitoring isn’t new to the aviation industry. Aircraft Health Monitoring Systems (AHMS) have been the backbone of the industry for decades. These advanced monitoring systems use state-of-the-art sensors integrated on planes to capture and monitor critical data continuously, thus helping enhance aircraft safety and reliability.

Even more interesting, recent advancements in remote monitoring and sensor technology have birthed an era of autonomous aircraft. A couple of years ago, Cessna Aircraft Company made aviation history by completing a first-of-its-kind remote-piloted flight with its signature aircraft, the Cessna 172 Skyhawk.

In mid-2021, Merlin Labs, the autonomous flight startup, announced a $25 million funding round from First Round Capital and Google Ventures. The Boston-based startup has also inked a deal with Dynamic Aviation to incorporate its autonomous flight technology into King Air aircraft.

Of course, Cessna and Merlin Labs are not alone on this. Reliable Robotics, Iris Automation, Thales, Volocopter, Rolls Royce, and Wingtra are an expanding list of other players looking to get a slice of the autonomous aircraft market.

While autonomous commercial aircraft might take a few more years to take to the skies, the role of remote monitoring in the future of the aviation industry has become increasingly apparent. It may even become an edge for some carriers who will need to fight stiff competition from 90+ new airlines planning to foray into the industry. But how does remote monitoring work in the aviation industry?

1. The Role of Remote Monitoring in the Aviation Industry

In the aviation industry, remoting monitoring solutions are critical to aircraft safety, performance, and reliability. Others are usually an essential part of the overall AHMS, which leverages data captured through various loggers (or a series of sensors) incorporated into different aircraft sections to ensure everything is in working order.

For instance, data loggers equipped with pressure sensors are typically installed throughout the aircraft. Their job is to read, monitor, and – document in real-time changes in the cabin pressure, alerting the pilots and control center to any excursions.

Aircraft sensors also transmit the same data to central servers on the ground. It is stored, retrieved, and analyzed in real-time for global navigation, predictive maintenance, and regulatory compliance.

Data loggers, sensors, and other devices that remotely collect data are only one piece of the puzzle that’s the AHMS. Their responsibility lies primarily in gathering and transmitting health data from all parts of equipment on the aircraft. From here, other components of the remote monitoring systems take over.

This system is tasked with storing, analyzing, and generating reports on aircraft health data from several critical monitoring points. Once the aircraft health data has been logged, it is often shipped to centralized storage via wireless connections. The system is also designed to automatically generate alerts when impending equipment failure or condition excursions are detected.

Nowadays, the centralized data station is cloud-based and supercharged with artificial intelligence, machine learning, and other predictive technologies. Together, they help comb through terabytes of collected data to identify any anomalies or potential problems in the aircraft’s health or operation, allowing carriers to set up maintenance before these issues can result in costly downtimes or failures.

Talking of remote access, cloud-based monitoring systems usually have a central interface, which can be accessed from anywhere and via any device, whether a smartphone, tablet, or computer. This is true whether a carrier or aircraft maker monitors a single device on the machine or multiple pieces of aircraft.

Remote monitoring systems can also be set up by manufacturers, carriers, and other players in the aviation industry to act as alarm systems. Operators, control room personnel, and other appointed people can receive alerts via email, phone calls, or interface messaging so that they can respond to detected issues promptly.

2. Is everything the Advantages of Remote Monitoring Systems for the Aviation Industry?

Together, the components mentioned above of an aviation remote monitoring system can help companies cut operational costs. They can replace invasive and cost-heavy maintenance work with non-invasive testing, inspections, and predictive maintenance. According to Dickson, organizations can visualize the aircraft’s condition, reduce maintenance costs, and ensure streamlined operation with continuous and effective monitoring of aircraft health.

Grounding of aircraft is one of the significant concerns that aviation businesses try to avoid. Every minute that your plane isn’t active can result in increased costs of unforeseen maintenance, potential loss of revenue, and diminished customer loyalty due to delayed or canceled flights.

In addition, aircraft downtime can also affect staff efficiency and employee morale because their ability to deliver services to flyers is hindered. When you take a penetrating look at all of these costs, grounding a single plan can come with a cost tag of up to a staggering $30,000 for major airlines. IS THIS A DAY, A WEEK?

When an aviation organization implements a proactive and continuous remote monitoring system, it will monitor aircraft health continuously from the moment it’s taken out of the manufacturing facility. This greater level of surveillance allows rapid diagnosis of problems, automatic recalibration of equipment, and predictive maintenance, thus avoiding total downtime or grounding cases.

With aircraft health monitoring, equipment recalibration automation, and predictive maintenance, operational efficiency in the aviation industry can be improved significantly. Remote monitoring systems can take care, data collection and other tasks that can handle large teams of human personnel to complete.

Consequently, aircraft operations can be executed much faster and with heightened levels of efficiency. To cap it off, these systems can free up employee time and effort, which can be redirected to other equally crucial aspects of aviation operations.

Employee Benefits – Why Your Company Can’t Ignore Them

The Advantages and Disadvantages of Using WordPress