Home > Science & Technology > What to expect from integrated systems? 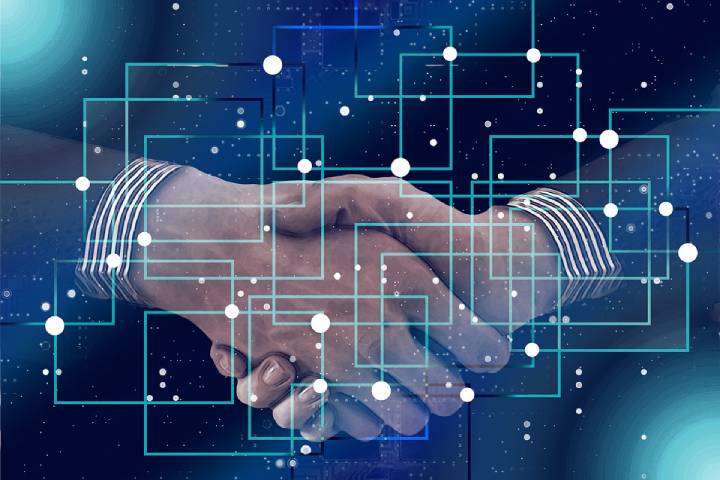 What to expect from integrated systems?

An integrated system refers to a system that has combined various subsystems with different functions to perform efficiently as one collective system. The system integrates discrete systems incorporating multiple techniques, including allocation of enterprise and computer programming. The main aim of integrated systems is to increase customer satisfaction in terms of product quality, product performance, etc. At the identical interval, it also aims to provide an advantage to the company by lowering costs and improving response time.

Integrated systems are most prevalent in Information Technology (IT), whereby different pieces of hardware and software come together as a combined system. Today, it can also be used in civil engineering and infrastructure projects, including automated warehouse systems, where it is a crucial part of the delivery process.

It is essential to differentiate between different methods of integration for understanding the technique in depth.

The process of integrating systems according to their functionality by creating functional entities known as “silos” is called vertical integration. The advantages of this method include quick integration, cheaper as compared to the other methods one disadvantage is that re-suing subsystems to make other functionality is not possible.

Star integration or Spaghetti Integration allows each system to interconnect with every other system. The name of the method can be explained by a simple ideology that says that when the system is observed through the eyes of a subsystem being structured, the connections seem like one of a star. Still, when the overall diagram is seen, it looks somewhat like spaghetti.

The Horizontal Integration is also referred to as ESB (Enterprise Service Bus). This integration method allows a specialized subsystem to maintain all the communication with subsystems. It helps reduce the number of connections down to only one that has a direct connection with the interface in the system.

The ESB is capable of translating an interface to another interface. This gives the advantage of cutting costs and provides the epitome of flexibility. Systems integrated using this method; it is entirely possible to replace one subsystem with the other, given that both of them provide similar functions, remaining it as transparent for the other systems.

One of the many integration methods used by management and production worldwide is to stop adapters from converting data to-and-from other formats.

Integrated systems can be found in many aspects of the practical world, ranging from production to management science and computer technology. Together the whole system produces products efficiently than it would have done on its own.

Management science also incorporates integrated systems. The process of managing an enterprise or sub-industry can be included too. The sub-processes can be taken as one aggregated process whereby the flow and storage of information, transmission of data, and some other synthesis of control actions duly take place.

Computer technology also assimilates the advantages of integrated systems. The software of modern computers is wholly and solely based on this fruitful technique of integration. The software performs many mini-tasks, including but not limited to controlling the sequence of computations, maintaining the library of routines, automatic processing programming including translators, and checking programmed systems. All of the tasks above can be outlined as separate units, but as one software system, this is not needed, and everything is combined into one.

Governments and local authorities can also reap the benefits of integrated systems. Take the example of municipal services. Controlling traffic in a large city like Chicago, managing everything manually without any techniques would be a big disaster. Here, automatic traffic distribution and co-ordination techniques are used to ensure a smooth flow of traffic and to determine the strength and capacity of the streets.

Long-distance broadband telephone systems also add on being one of the credit-worthy examples of integrated systems.

Integrated systems have many significant advantages. They increase productivity as you can spend your valuable time conducting research other than managing stuff. Consistency occurs as everything is controlled by one system with no differences. Data can be located easily no matter what part of the system it is in. It also increases collaboration between authorized users and can work on projects together.

It also provides a common user interface that provides users with a consistent experience throughout the application. An integrated system will also improve pattern recognition. This will allow you to research and see patterns you would never be able to see otherwise. Maintenance costs can be cut down easily. Customer satisfaction is also increased as you minimize the amount of time you take to fulfill the request of your customers regarding goods and services.

While this facility has significant advantages, it does pose a number of disadvantages as well. Security issues are present because a hack or fraud can quickly get into all of your data instead of just one piece of it. Upgrading the whole system is tough and complicated because every system needs to be updated individually. Moreover, even though you can save maintenance costs substantially, you still have to pay a lot for every program separately, which can result in a higher initial loss.

The evolution of system integration is a bit interesting. At the beginning of the 70s, the first recorded system integration techniques were called EDI (Electronic Data Interchange). The most important feature of that facility, at that time, was to share documents within people easily.

One outstanding feature of EDIs was its well-defined and precise format. During the 1990s, a system called the “Remote Procedure Calls” was developed. This system allowed distributed systems to integrate by subroutines, also known as remotely executing procedures, thereby making it a single system. The one major Problem of RPC is language dependency. While this problem existed years ago, modern integrated systems can now overcome this problem without any hesitation.

While this method had many flaws, it has turned out to be successful historically. It has gained great popularity in the United States and the rest of the world, mostly in the corporate sector. While advancements are still taking place, the plight is yet to come!

The basic purpose behind system integration is to ease up the processes to help the management of businesses and offices to go about their job efficiently. This is why it is gaining in popularity by each passing day at a global scale. The automation technology has further allowed global businesses to adopt system integration like never before.

It will enable management to make life easier for administrators and supervisors while dealing with their daily workflows, making sure they have efficient cost and storage savings, having access to reliable data to make better analysis, thereby resulting in overall improved system security. Moreover, businesses also gain access to real-time data, which allows them to ensure better growth through innovation.

Rent Out Your House, Suite or Room on Airbnb

3 Easy Methods to Achieve Personal Success as an Entrepreneur

Facts About Panasonic Fans Everyone Should Know

How to Make Your Website Secure- A Quick Guide