Home > Technology > Kubernetes: What Is It and Why Use It in Your Containerization Strategy?

Kubernetes: What Is It and Why Use It in Your Containerization Strategy?

Like Docker and Kubernetes, containerization services are among the emerging trends shaping the future of app development and deployment.

While containerization takes most of the credit for the ongoing evolution in cloud infrastructure, it partly owes its success to Kubernetes (K8s). Note that Docker and other containerization services are standalone pieces of software that don’t rely on Kubernetes to run as intended.

However, suppose your organization or enterprise is adopting container strategy as part of its DevOps application deployment process. In that case, you’ll find it crucial to complement it with K8s and Kubernetes security best practices. So, what is Kubernetes, and why is it so important?

1. Going Back in Time: From Physical Servers to Containers 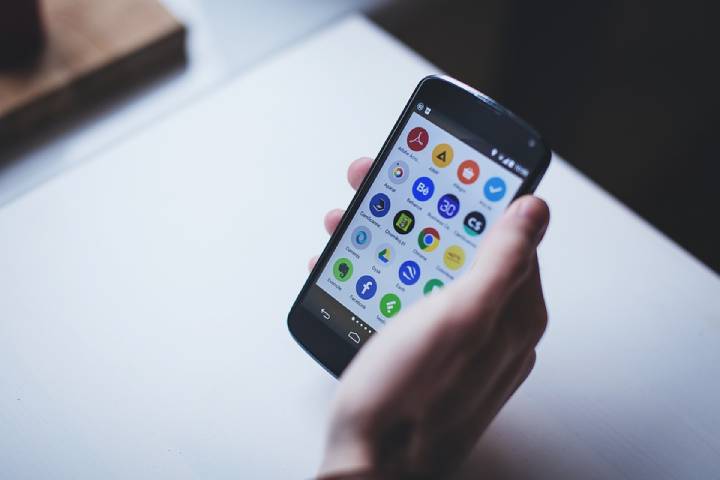 To understand what Kubernetes is, we first need to go back in time and see how developers’ life was before the container deployment era.

Before virtualization, developers used to run applications on physical servers. In most cases, only a single application would be run on a server at one time because of resource allocation issues.

Since resource allocation was almost impossible, running multiple applications on a single server often led to problems where one app consumed most of the available resources causing the rest to stall.

To scale, organizations had to deploy each application on a different server, which was quite uneconomical. Then came the virtual machines.

Virtualization brought great relief for developers as it made it possible to have multiple hypervisors/virtual machines residing in a single server.

Each of these virtual machines has all the applications required, so it’s reasonable to have multiple applications running on a single physical server. This eliminated the need for having dozens of PCs, which would often be underutilized.

Besides scalability, the other advantage that virtualization brought was application isolation. This brought a new level of security by preventing applications from accessing each other’s information. If one of the VMs gets corrupted or infected, it won’t affect other virtual machines or the host server.

The major drawback of virtualization was that the virtual machines were inherently resource-heavy and slow. Moreover, each VM consumes a lot of memory and processing power. VMs also tend to be significantly large, limiting portability and the ease of sharing.

Google solved this by introducing a brand-new cloud-native approach called containerization. By definition, a container is a single unit of software with all the codes and executables that an application requires to run quickly and reliably in different computing environments.

VMs and containers are similar to some extent. For instance, like virtual machines, each box has a separate processing space and an individual IP address and private network interface. Also, a container can execute commands and mount file systems, among other things.

One of the most significant distinctions between VMs and containers is that all the boxes moving a particular machine receive the corresponding operating system (OS). On the other hand, each virtual machine acts as an independent machine, complete with a full OS set.

Secondly, a VM is usually unprivileged, which means that it can’t execute most of the privileged instructions freely. To solve this, virtual machines need a hypervisor that translates VM instructions to the host for execution.

On the contrary, containers communicate directly with the operating system, so there’s no need for having a hypervisor between the two.

These, among other variations, are what causes the size difference between containers and virtual machines. While a single virtual machine can weigh up to a GB, a box is only megabytes in size, so deploying applications is much faster.

2. Where Does Kubernetes Come In?

Docker containers appeal to developers mainly because of the agility that they bring to the application development environment. Essentially, containerization allows quick deployment to the cloud by reducing deployment time to seconds. Another significant Docker benefit is creating a consistent and isolated environment, which leads to massive productivity.

Now, running Docker containers in application production is easy and doable without Kubernetes. But retain in mind that you’ll need to manage them manually to ensure no downtime. It’s your responsibility to keep everything updated too.

While managing and updating several containers may not sound like a big deal, it begins to get unwieldy once deployment expands beyond a few hosts.

Manually updating containerized applications is both time-consuming and tedious. This is because it involves stopping the current version of the pod and starting a new one.

After upgrading, you need to verify that the update was successful. You may have to roll back to the previous version if the new version fails to launch successfully.

It’s at this point that developers find automation and orchestration critical. This is where Kubernetes become a vital component for your DevOps environment.

Kubernetes is an orchestrator that automates most of the manual tasks that face developers when managing distributed deployments. Broadly, this open-source platform will handle all the work of scheduling your containers on their clusters and closely monitoring the progress to ensure that the workload runs in line with your expectations.

Let’s have an analogy: Kubernetes is like an autonomous car that takes the passengers to their desired destination with minimal or no human involvement. Likewise, in an orchestrator like Kubernetes, you only need to define how you’d like your environment to look.

The framework will take care of all other aspects of container lifecycles, including scaling, failover, initial deployment, and placement to ensure that your environment looks just as you wanted it.
By enabling greater automation, definability, and repeatability, Kubernetes opens a world of possibilities for small teams by allowing them to solve big problems.

Another reason why experts recommend using Kubernetes is the significantly reduced downtime during updates. Kubernetes does this by ensuring that there’s the desired number of pods available and running at any given time. The Kubernetes deployment feature has a controlled pods replacement phase.

In this stage, the number of unavailable pods cannot exceed 25%. Similarly, the desired number of pods cannot be exceeded by over 25%.

Generally, Kubernetes deployment allows you to deploy and update pods or replicate sets. You can also pause and continue the deployment process and even roll back to the previous version if the newer version didn’t launch successfully.

The IP address of a pod changes several times during its lifecycle as Kubernetes relocate or re-instantiate their runtime. This means that it’s practically impossible to access the app via a specified IP address.

To make up for this uncertainty, Kubernetes has a service feature that directs the appropriate pod calls within a given cluster.

Each service has a different IP address and a central endpoint. Because these IP address and DNS endpoints don’t change, they offer external and internal clients a reliable way to communicate with the pods.

When it comes to storage, Kubernetes will allow you to mount your preferred storage system automatically. This could be local storage or public cloud storage providers, such as AWS and GCP. Kubernetes also provides users and administrators with an API that gives you a low-down of how storage is provided and how it’s utilized.

The other significant benefit of Kubernetes is the ability to monitor the containerized app’s health and deal with unhealthy containers accordingly. If the app or the box goes down, Kubernetes can instantly redeploy it and reinstate it to its user-defined health status.

The more incredible speed, agility, and portability of containers make it possible to deploy more applications. While faster deployment is a must for any business that wants to remain competitive, don’t forget that deploying more containers leads to a larger attack surface.

In other words, as you deploy more containerized applications, you spread any present vulnerabilities making it hard to detect and resolve them.

From an enhanced cybersecurity point of view, Kubernetes offers automatic runtime threat detection in a scalable way. This increases your chances of dealing with vulnerabilities before they have gotten into the wrong hands.

5. Should You Adopt Kubernetes?

To this end, we’ve taken you into the details of what Kubernetes is and how it makes developers’ time easy. But is Kubernetes necessary? Is it a must for your containerization architecture?

Well, Kubernetes is fantastic because it tends to gamify the application development process besides saving you money in the long run. But still, whether you need it or not is not a yes or no question.

Although the world seems to be going the Kubernetes way, that does not make it necessary for all developers. Keep in mind that as a piece of technology, Kubernetes was developed to solve particular problems.

For instance, if there are times when your application or a key component of your app receives too high traffic that threatens to stall its operations, it might be a good idea to adopt Kubernetes.

This orchestration platform might also come in handy if you feel that slow application development and deployment time is frustrating for your customers or end-users.

Secondly, Kubernetes has a super steep learning curve. Before incorporating it into your system, start by preparing your team by training the members on using Kubernetes and its importance.

The Top Career Pathways for a Data Science Degree

Does your Ecommerce Business Overlook These Security Basics?

Benefits of Environment Variables and How to Use Them

Top 10 Trending It Technologies To Learn In 2021

Pros and Cons of Switching To a New Payment Messaging System

Six ways to protect your laptop and its contents