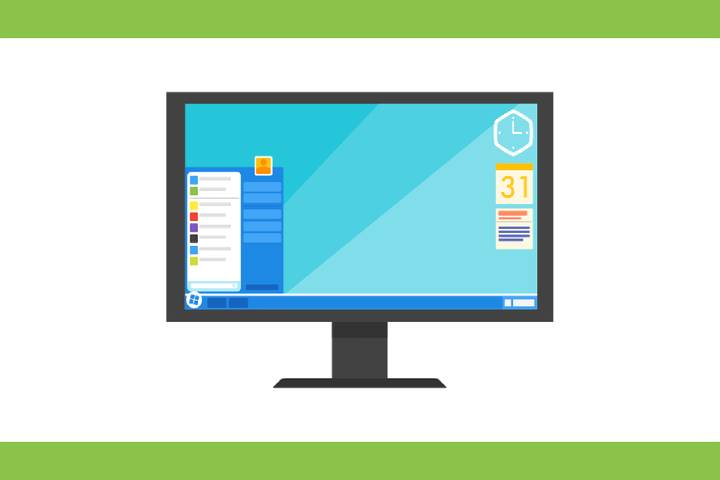 In the current age of globalization, human beings, things for daily usage have also been smart, like smartphones, smartwatches, and smart TV. Smart TV is a traditional television set with integrated internet connectivity. It is featured with interactive Web 2.0 so that the users can watch videos directly from the internet along with browsing it.

The TV runs on the combined technology of computers, set-top boxes, and a television. These types of television sets don’t only run on the computer and the internet but also feature traditional broadcasting media.

There are some significant deviations between the features of a smart TV and internet TV, web television. Internet TV receives connections and signals from the internet directly. The operating systems of smart TVs are installed through the set-top box. On the other hand, several TVs have operating systems pre-installed.

The technology has made smart TVs capable of being incorporated with external devices. Along with with the entertainment, you can get the facilities to play games, the television system of the hotels, and digital media players.

1. Typical Features of a Smart TV

When you have made up your mind to buy a smart TV, then you should know very well about the standard features of this. A smart TV gives you access to content generated by you from either external devices or cloud stores. You can also access interactive sites on the internet to provide feedback like YouTube and live streaming.

These kinds of TVs facilitate the traditional contents and combine the information of these programs. It will provide you with reminders about different programs and keep track of your favorite programs.

Here it is not the end, but there are several devices with organic user interfaces so that you can control the navigation. Some of the TVs are having a second screen to show you the person at the other end to watch your activities or to enjoy some other program.

The latest inventions of Android TV, Firefox OS, and Horizon TV are examples of private-sector research and individual framework platforms.

Many of the vendors of smart TV are using platforms like Amazon, Google, Apple, and so on. These platforms allow you to access direct internet connectivity and see your programs from the apps directly on your TV.

In the modern context, a smart TV without a proper internet connection can be called a dumb TV. They can show you many HD channels for the most precise picture quality. But the major drawback of these smart TVs is they don’t contain a Wi-Fi signal receiver.

You will have to get a home connection with the internet for this.

3. Some of the Best Smart TV Platforms

The technology saw the sunlight in the year 2019 and got introduced in the market through Sony 4k along with OLED TVs. Android TV is the latest of all the standardized versions of the operating systems.

The most renowned user of Android TV is Sony, but still, there are some more who reusing it like Philips, Sharp, and Hisense. Android TV produces multi-layered programs for viewers with newer content.

But the telecast of the programs is dependent country-wise, and many of the companies telecast their plans through it.

It is featured with an in-built chrome cast so that you can stream programs directly from your android mobile.

It was founded in 2019, and it was introduced in the market by LG with its OLED TV. The inception of the technology was like rewriting the history of the smart TV experience with the most straightforward user interface.

Since its inception, it has offered newer technology and facilities at regular intervals, which has now stepped to WebOS 4.5. The user interface has been made more customer-friendly and customized so that you can use it with ease.

It supports various apps, also where you can watch your favorite movies along with the web series. The WebOS suits Netflix, Amazon, YouTube, and so on.

It also helps you to see HD videos from these sites. Unlike the other platforms, here you can run more than one app at a time and can download or pause one while you are going through the other programs.

The platform was developed by Samsung and introduced with their QLED and NU TVs in the market. The user interface of Tizen is much like the interface of LG’s WebOS.

It consists of icons, apps, and other things so that you can easily access your favorite program through this. Here you don’t need to search for your preferred app since it remembers those apps which you use most likely.

This is founded by the famous software developer TCL and Hisense in the year 2019. Despite being a product of TCL, you can still access Android TV. In many other countries, there are smart platforms that allow other TV companies to make products with their names like Toshiba, JVC, and many more.

This platform has got several TV suppliers by its side in the US and has made remarkable development in its business. This platform allows entering into more than 30 different apps like Netflix, Amazon, Google Play, and so on. You can see your favorite movies at the lowest costs, along with 4500 channels for mere pennies.

The platform was introduced with Toshiba and Insignia TV and is not that popular with the viewers. It almost uses the same system to operate, is used by Amazon’s streaming dongle. The plus point of this platform is that it is inbuilt into the TV, and thus the dongle is not needed.

Do CSGO Skins Wear Out?

The Role of IoT In The High-Pace Progression Of Industry 4.0

What to expect from integrated systems?

What Are the Benefits of Being an Azure Expert MSP?