Home > Science & Technology > The Most Technologically Advanced Watches Of Their Time. 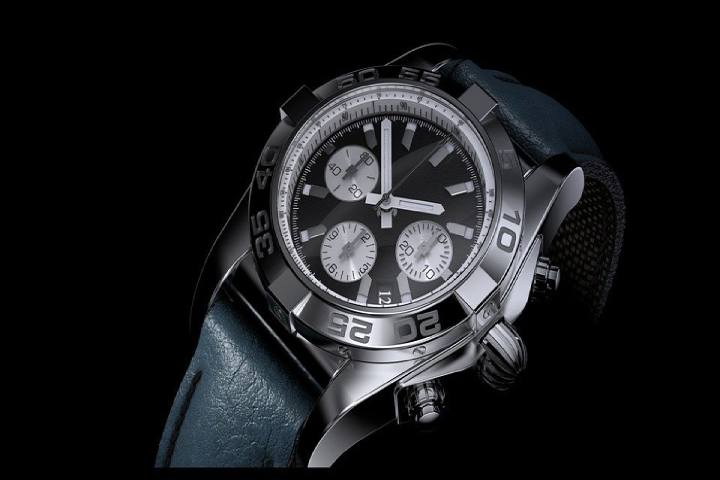 The Most Technologically Advanced Watches Of Their Time.

Over the years, there have been many watches that were leagues ahead of the competition in terms of their features and inner workings. These are just some of the technical marvels that have appeared over the last century.

Breitling has been, reasonably secretly, in my opinion, incredibly innovative in their 135-odd years. This famous high-end brand is well-known for its robust and beautifully finished tool watches that are designed mainly with pilots and aspirational pilots in mind. They presented us with the first mono-pusher Chronograph in 1915 that isolated the crown from the stopwatch start/stop/reset pusher. 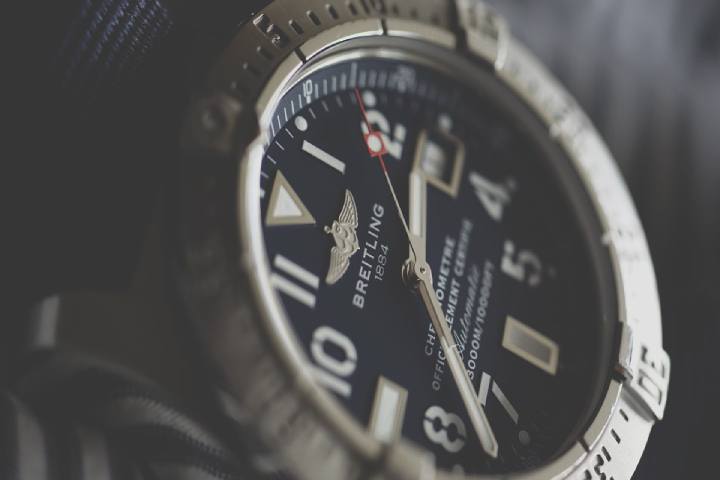 In 1933 they followed this with the first-ever twin pusher chronograph, which had the start/stop pusher separate to the reset button in an architecture that is still widely utilized today.

Breitling Watches have also been creative in developing the functional analog/digital timepiece. First seen in the Navitimer Pluton in 1980 and then developed into the all Titanium Aerospace, in 1985, with a single crown. However, Breitling’s most innovative creation within this field came in 1988 with the nature of the Emergency, which included an emergency micro transmitter set to 121.5MHz for civilians and 243MHz for military use.

Bremont openly admits that they use off-the-shelf ETA movements for their watches. There is blank and incorrect with using a tried and tested base movement when you intend to rework it to ensure that it is Chronometer rated, and you create the toughest watch cases on the market to house it in.

Bremont’s R&D department has been rife with activity, since its inception in 2007, to allow one of the most abusive QA departments in the industry to back up their bold, but pertinent, tag line of “Tested Beyond Endurance.”
To attain their incredible level of toughness, Bremont focused on enveloping the fragile precision movement and creating their own highly scratch-resistant materials.

All Bremont watch cases are constructed with class-leading hardness using their proprietary B-EBE2000 technology. So-called because their steel material manages to achieve 2000V on the Vickers scale. In comparison, 316L steel, commonly used throughout the watch industry, is less than 200V.

I can offer personal testament to this because my daily worn Bremont ALT1-P shows no signs of any scratches or surface blemishes after 18 months of regular wrist-worn abuse. Whereas, all of my other watches display differing levels of wear and tear.

Bremont achieves this with a secret combination of heat treatment, carbon infusion, and, finally, bombarding the case with electrons.

Bremont then took their material research to the next level by joining forces with the AMRC (Advanced Material Research Centre) in Sheffield, UK. The AMRC is a joint venture between the University of Sheffield and Boeing. This union resulted in the creation of the Boeing range by Bremont. Each of these exceptional timepieces has either a Custom 465® Stainless Steel (a premium melted alloy) or aviation-grade Ti 6-4 Titanium.

Extraordinary shock resistance is accomplished by enclosing the movement with Bremont’s unique rubberized mount. A flexible ring then connects the mount to the outer case, absorbing shocks and allowing the inner case and move to, effectively, float.

So confident was Bremont in the durability of their watches that they allowed an example of the Martin-Baker range to be attached to a dummy while ejection seat tests were being performed. It survived.

If you look at a Ball Watch, it may only look like a beautiful timepiece. However, every single model is packed with unique technology that allows it to be more legible at night, more shock resistant, more antimagnetic, and more durable than anything else on the market at the price point. Their tag line “Accuracy Under Adverse Conditions” is not some whimsical marketing nonsense. It is a true reflection of the sheer peace of mind you gain from choosing a Ball Watch. 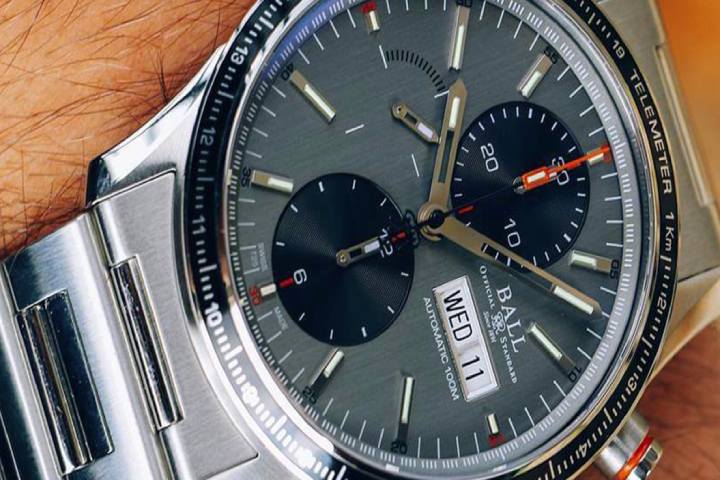 Ball Watch also demonstrates complete lack of pretentiousness (some brands could learn from this) in their designs in that they do not shout about the wondrous technology within their great looking watches, be they practical or classically sophisticated designs. Even the most classically austere timepiece from Ball Watch can incorporate more patents than most bands could dream of (as opposed to dream up).

Ball Watch is most famous for using tritium gas tubes in every one of their timepieces. Put, these are miniature mineral glass capsules that are coated on the inside with luminous material and then filled with Tritium gas. This inert gas reacts with the luminescent material in the very same manner that UV light will charge traditional applied bright materials on dial markers and hands.

The difference being, no external charging is required. So, these tubes glow fully without interruption for 25 years. Glowing up to 100 times brighter than standard luminous paints, this after-dark spectacle does need to be seen to be believed.

To allow their watches to be considered some of the most robust on the market, Ball Watch has developed some remarkable patents over the years.

Anti-magnetism: The Ball Watch MagnetoS was a revolution when it was released. It offered magnetic shielding up to 80,000Am. A wristwatch has to achieve 4800Am to be considered antimagnetic. The MagnetoS differed from similar specified watches on the market by having a date aperture on the dial and an exhibition case back. This was achieved with the creation of Mu-metal.

An alloy that attracts magnetic waves away from the susceptible movement.

Furthermore, Ball Watch incorporated the most beautiful and discrete gadget within the MagnetoS, the A-Proof® system. Upon turning the bezel, the owner would be able to open or close a camera-like aperture on the case back, allowing the view of the Chronometer rated movement.

As mentioned previously, viewing the action had never been achievable in a 1000 gauss watch before (see the Rolex Milgauss and IWC Ingenieur) due to the movement being encapsulated in a faraday cage. The A-Proof system never ceased to be greeted with an “ooh,” and “ahh” or a “wow” upon its real demonstration.

A Mumetal shield is now standard throughout the Ball Watch catalog allowing them to offer an unprecedented number of 1000 gauss watches.

Shock resistance: The standard shock-resistance throughout Ball Watch’s Hydrocarbon range is 7500Gs. To put this into perspective, NASA tested the Speedmaster MoonWatch at 40G.

A conventional shock-resistant test is conducted by impacting the side of the case with a golf-club-like weighted pendulum. For obvious reasons, brands only hit the non-crown bottom of the situation when performing this test. Ball Watch didn’t think this was good enough. So, they developed their patented crown guard system, which can also survive an impact test of 7500Gs.

Severe shock to a mechanical watch movement is likely to affect the timekeeping by dislodging the balance wheel, winding rotor, and balance spring. Ball developed and patented the SpringLock®, Amortiser®, and SpringSeal® systems, respectively, to dramatically reduce the chances of damage to the movement and disruption to the regulation.

The Amortiser system senses abnormal shocks and locks down the rotor, preventing it from becoming dislodged and damaging itself and the rest of the movement. The SpringSeal® protects a redesigned regulator assembly by shrouding the balance spring. This all adds up to incredible added value.

Ball Watch also developed a helium escape valve that was integrated into the crown of its NEDU timepiece.
One final patent is reserved for the most impressive clasp unit in the industry, with double concealed divers extensions and the capability of withstanding 16000 pounds of pull strength. Isn’t that like towing a caravan?

In 1953 the Rolex Submariner and Blancpain Fifty Fathoms paved the way for the most covetable of all luxury watch styles: The Dive Watch. Doxa was founded in 1889, but it took them until 1967 to release their professional-rated Dive Watch. However, this was as good a debut as Pearl Jam’s “Ten.” Doxa got it the right first time with the assistance of sub-aquatic legend Jaques Cousteau and the US Divers group, for whom he was the chairman.

The Doxa Sub 300T was the first dive watch to have an orange dial and a rotatable bezel with decompression times. In 1969 they perfected this professional’s wristwatch with a Helium Release Valve.

The orange dial with black hands and markers gives the best contrast and, therefore, legibility underwater. The rotating bezel can be used to calculate decompression times and also the safe times between dives.

The Rolex Seadweller is often mistakenly thought to have been the first commercially available watch to incorporate a Helium Escape Valve. However, it took until 1971 for Rolex to offer this technology to the consumer market. Deep-sea divers can spend days at depths often below 200m. They inhabit diving bells where the pressure is much higher than the surface. To allow for this, the divers breathe a gas mix that contains helium.

Helium molecules are the second smallest known to us so little that they can find their way into a water-resistant watch case. As the diver ascends, the external pressure drops, and the helium molecules that have penetrated the case expand. This can cause the glass of the watch to pop out.

Hence, the helium release valve, which is, effectively, a one-way valve which opens a tiny aperture when the pressure inside the watch case reaches 3 bar.

Put, in the late 1960s and early 1970s, you could not get a more technologically advanced dive watch than the Doxa Sub 300T Conquistador.

Six ways to protect your laptop and its contents

7 Tips to Protect Yourself against Email Hacks