Home > Technology > How Does A Hidden Camera Detector Work 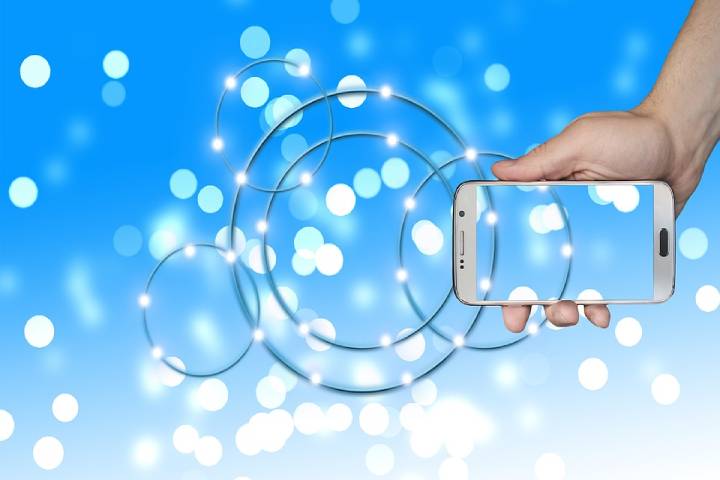 How Does A Hidden Camera Detector Work

Technology is a wonderful thing, and over the past decade, there have been some significant advancements into the power and speed of a variety of devices, products and services. Internet speeds have increased dramatically over the past few years, and technology in computers, tablets and mobiles phones means that we can get online at a much quicker speed and do what we need to do much faster than ever before.

In addition to getting faster, things have gotten a lot smaller. I would have imagined just 15 years ago that you could have a mobile phone that would also work as a computer, music centre, camera, video player and recorder, and so much more?

As computer chips and electronics become smaller and more powerful, devices can be shrunk in size, and things such as video cameras which may have been tremendous in size and heavy in weight can now be even smaller than an inch or two in size and weight next to nothing.

1. The good and bad of technology

Improvements in technology have led to progress in the lives of millions and millions of people around the world. From simple things such as a more robust mobile phone, through to supercomputers that manage the electric grid and water supplies of a city, there are too many benefits of improved technology to name in a single article.

But, there also exist various downsides to this advancement in technology. One genuine concern for a lot of people is privacy. There is a real concern that too much of an individual’s private information is being gathered by various governments or companies.

Other people are concerned about downloading certain apps to their mobile devices in case they are being monitored and tracked wherever they go. Then there are various types of surveillance devices and equipment that can be picked up online. Those can be so tiny in size that they can be placed virtually anywhere and you would be none the wiser for their existence.

One specific type of electronic equipment that has been causing quite a lot of concern over the past five or so years is hidden video cameras. Over the years, there have been all sorts of similar equipment to capture audio and video, but they were always rather large and bulky in size, and not something that could easily be hidden in a room without being noticed.

However, as technology advanced and the ability to reduce the size of many items, but at the same time increase their overall power and quality, video cameras were made that could be smaller than a matchbox, and could be hidden in lots of places, being oblivious to anyone inside the room.

3. Checking if there are any hidden cameras

The first thing that any guests should do when checking into a hotel or an Airbnb property is to scan the environment and check for anything that might look out of place.

Do you notice any wires that look like they don’t go anywhere, or have you seen any lights blinking somewhere behind a piece of furniture or a light fitting that shouldn’t be there? You might also have noticed small holes in the walls or ceiling, which could easily be used for having a small camera placed behind them.

Fortunately, several technology companies have created their electronic device that can be used for finding hidden cameras in an Airbnb property or a hotel room.

Across the earlier few years, there were several instances at hotels and Airbnb properties around the world, where they were being watched by the property owner or member of staff who had placed hidden video cameras in various rooms.

This type of privacy invasion is a genuinely unacceptable one, but it’s still something that is continually taking place at accommodation properties the world over.

Unfortunately, this type of behaviour isn’t always an illegal practice. Regulations in Airbnb allow hosts to place cameras in different common areas of the property, but this must ever be disclosed to their guests.

Reasons for this would include things such as to make sure that the number of guests at the property is what was initially agreed or to make sure that no secret late-night parties are being held when the host strictly prohibited these.

If you are serious about your privacy, and why shouldn’t you be, then it’s probably a good idea to pick up a high quality hidden camera detector. A good one will probably cost you no more than $100 and are usually no larger than a mobile phone. These detectors can detect any hidden cameras by using one of two different methods.

The first method is where the device will scan the room and look for any reflections of glints from the hidden camera’s lens. These will usually be undetectable to the naked eye, but not for a camera detector.

The detectors will use flashing lights or lasers that are emitted from the devices and which will then check to see if these lights cause any reflections, lighting up the lenses of any hidden cameras. You’llYou’ll need to move the device around the room at a steady pace, making sure that you focus on areas where you think a camera could be hidden.

The second method is by detecting any RF broadcasts that are being emitted by a wireless camera. This method is straightforward to use, and the device will emit a beep when they’ve detected any RF broadcasts. It will give individuation of where a potential camera may be hidden.

One drawback is that some several legitimate gadgets and devices can emit RF broadcasts, so you might find your device beeping in more than one place, giving the impression that there are hidden cameras all over the room, which isn’t the case.

There are all types of hidden cameras, both wired and wireless, so a suitable detector is going to need to be able to search for both types. You can pick up a cheaper sensor that will only use one of the two methods, but for better peace of mind, it’s worth paying the extra and go for a detector that uses both ways.

Why Should You Opt For SSD Hosting?

SEO Based Marketing Techniques - Providing the Boost Your Business Needs

Five Types of Intercom Systems for Home or Office in Chicago

See More Conversations from Your Website by Changing These 4 Things

Why Should You Opt For SSD Hosting?

How the Internet has transformed the Workplace and the Way