Home > Technology > What is Internet of things (IoT) connectivity? 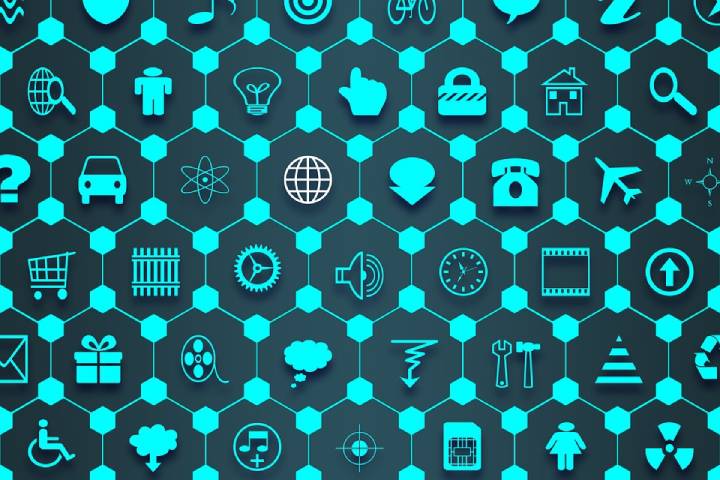 What is Internet of things (IoT) connectivity?

Internet of Things (IoT) uses automated devices or intelligent technologies that we employ in day-to-day activities automatically connected, automatically communicating to themselves over the internet.

IoT connectivity trades on the bandwidth capacity or speed, range of coverage, and power consumption. A good Internet of Things connection will consume little power and transmit data at a high bandwidth covering a large area.

Therefore Internet of Things Connectivity is the method to connect points in the IoT system. These points include routers, applications, and gateways.

Different IoT Connection Options and Their Use Cases

Based on the Internet of Things there are a number of IoT connectivity options: Satellites, Wi-Fi, Bluetooth, cellular, LPWAN, Ethernet.

High power consumption will be needed to send a lot of data in a wide range of areas. This IoT connectivity includes cellular and satellites.

Low power will be used to transmit loads of data at a smaller coverage area. This IoT connectivity includes Wi-Fi, Bluetooth, and Ethernet.

Low Power Wide Area Network – as the name implies, soft power is used to transmit data in a wide area. LPWANs receive packets infrequently. Devices can send data over a wide range, and the battery can last for months or even years.

This is because the messages sent over are always small and simple. Due to this simplicity, communication is done over a long distance with less power source. However, these sent packets sometimes may get lost, so adding gateways may help overcome this, thus increasing the cost.

LTE-M, NB-IoT is the new technologies looked upon by the Internet of Things applications. This is a perfect solution for smart agriculture.

Being used for a long time, cellular networks are the backbone of many IoT service providers and device manufacturers. This allows us to send messages, access the internet, and connect with different people. Cellular connectivity is based on high power consumption, which means it can send data over a long distance at a high bandwidth.

This is used as a Backhaul. This is best for devices recharged regularly, e.g., a phone. Cellular networks have evolved over generations 2G, 3G, 4G. Other promised cellular networks like 5G have been made to improve the speed over LTE.

Nothing can beat satellite internet when it comes to range. As the name goes, this is a type of IoT connectivity where satellites are used to connect devices and sensors to the cloud. Satellite lies not only in places with no connectivity, e.g., Oceans, but also a solution to places with financial limitations and underdeveloped infrastructures.

In 1960 the first artificial satellite was launched and advanced more in time, and today, satellites are said to be more robust. The biggest advantage of satellite as an IoT connectivity is a wide coverage area. Single connectivity can cover the entire planet. Satellite configuration can either be direct or backhaul.

Direct can either have a dual-mode where cellular data is used mostly and satellites used where necessary. For example, when a container ship is near the coastline, it will use cellular and satellite on an open ocean. Satellite only purely uses satellite as the only connectivity, e.g., a piece of gas equipment.

Backhaul is used where there are many bandwidth devices. The main tower connects to the satellite directly, and then another kind of connection is used to connect to the devices. Satellites have high power usage.

Wi-Fi can transmit at a frequency of 2.4Ghz to 5Ghz. This means that more data can be carried due to high frequency, and in exchange for this, high power is consumed in a small range. Range depends on the antenna, radio power output, and reflection.

This has greatly expanded from its initial purpose: to enable wireless headsets to grow IoT applications like smart homes and industrial applications.

A single-parent Bluetooth can have up to 7 children, which makes it possible for a computer to be connected to multiple devices.

Bluetooth connectivity uses low power, low range, and high bandwidth of 2Mbps connectivity. The best option for indoor Internet of Things is Bluetooth. This is a perfect solution for beacons and fitness trackers.

This protocol allows the transmission of data over LAN. This is a technology used to enable devices to communicate through a connection of wired LAN (local area network).

This connection is made by cables, for example, a computer and a router. Signal failure is eradicated in this connectivity as well as data transfer speed drop.

Which is the best IoT connectivity for you?

To know the best internet connectivity, you need to size the following parameters, although It’s hard to find an IoT connectivity that has prioritized all three parameters:

Other factors to consider:

Top 7 Reasons Why You Need to Automate Your International Payroll

Five Improvements You Can Make to Your Ecommerce site

All That You Need To Know About Shopify Theme Development