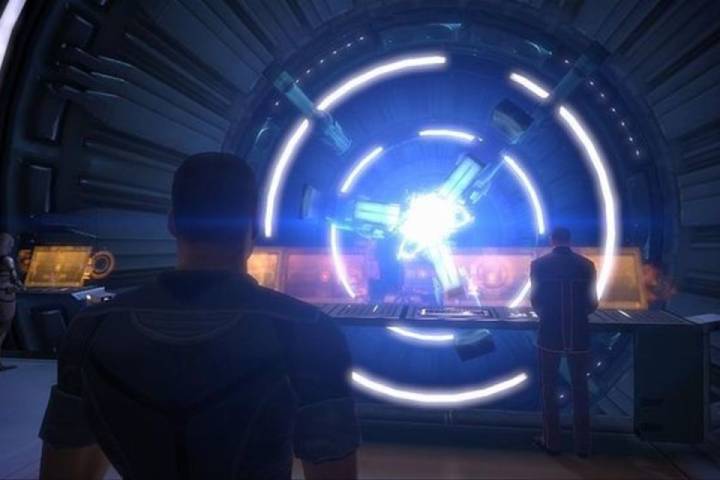 One of the surprises that the Microsoft conference left us at E3 2015 was the confirmation of the arrival of Xbox 360 backward compatibility on Xbox One. Something that should have the current consoles as standard (on Wii U we have it, and the first Wii was already backward compatible with Game Cube) was almost a utopia for Microsoft and Sony, able to do business with it (see PlayStation Now ).

Fortunately, Redmond has listened to our requests, and we will not be charged for accessing backward compatibility. What’s more, if we have an original Xbox 360 game, we can use it on Xbox One after a previous installation. In this way, both those that have physical and digital will be useful also in the new Microsoft console although the list will be updated.

Yesterday, with its presentation at the Microsoft conference, it became clear that throughout the rest of the year the list of compatible titles will reach a hundred and that for now, only the members of the Xbox One Preview program are the only ones who can use it. The rest of the mortals, already in the autumn of 2015 although there is always a way to get access, as through a colleague.

How do you get access to the Preview program?

As we have said, currently you can only get access to the Xbox One Preview program (where updates are received before anyone else and provide the necessary feedback so that the Xbox team can correct any failure) by invitation through a contact that already is in the program. If we know of someone who is inside, we have to tell him this:

From there, select the little window where it says “Invite friends” to invite contacts
We select whoever it is, we give it to “Ready,” and it’s done.

Now that person will receive a message from the Xbox One team
In that message, there will be a link to download the Xbox Preview Dashboard App
With this, the console will be registered to receive updates of the Preview version
Beware, it may take up to 48 hours for you to receive the most current update
Well, now that we are inside, what can be a bit confusing is to find the games, since they are not part of an application dedicated to backward compatibility with Xbox 360 , but they are shown in the section of Xbox One Games (our library), just at the end of the list, where it says “Ready to download” . There we will see, combined, the Xbox 360 with the Xbox One, being easy to recognize the first thanks to that sideband with the name Xbox 360.

In fact, at the end of the Microsoft conference, I got angry, because they said I was already but I did not see anything new. The reason was this. That Xbox 360 games are a bit hidden.

What games are compatible right now? 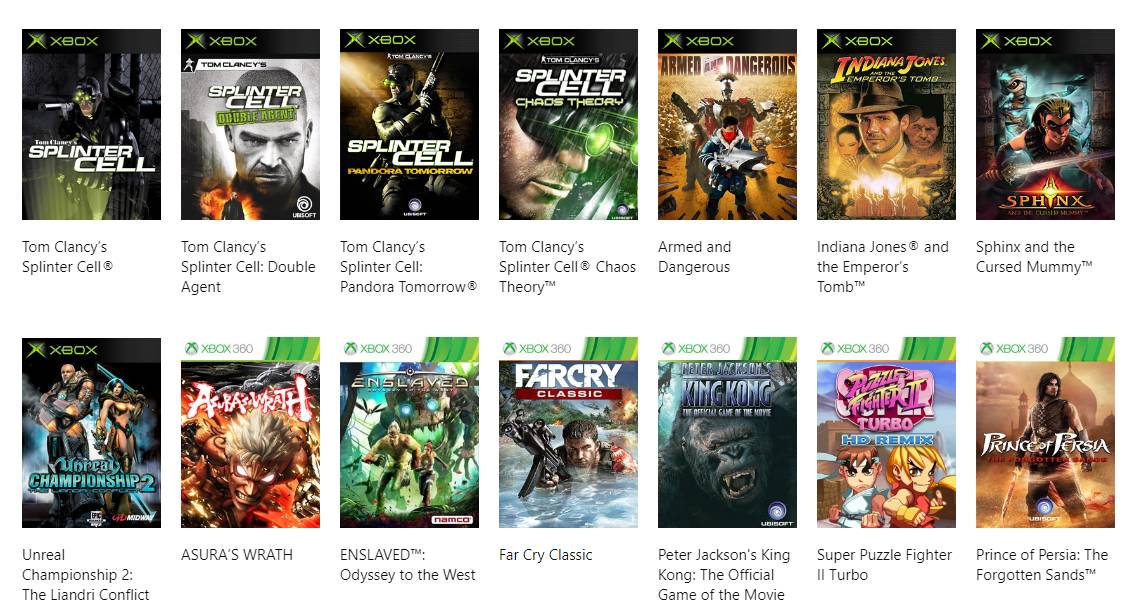 Every member of the Xbox Preview Dashboard program will have access to 21 Xbox 360 games, both digital (BattleBlock Theater, Toy Soldiers, Super Meat Boy) and those that came out in the first instance in physical format (Mass Effect, Kameo: Elements of Power, Viva Piñata).

You do not have to be an Xbox Live Gold user to play Xbox 360 games, unless you have to play online, logically. The good thing is that there is a cross game. One can be playing online from Xbox 360, and we can be from Xbox One with a retro-compatible game, and there will be no way to tell the difference. Besides, all progress (games and achievements) is stored.

My first tests with several 360 classics 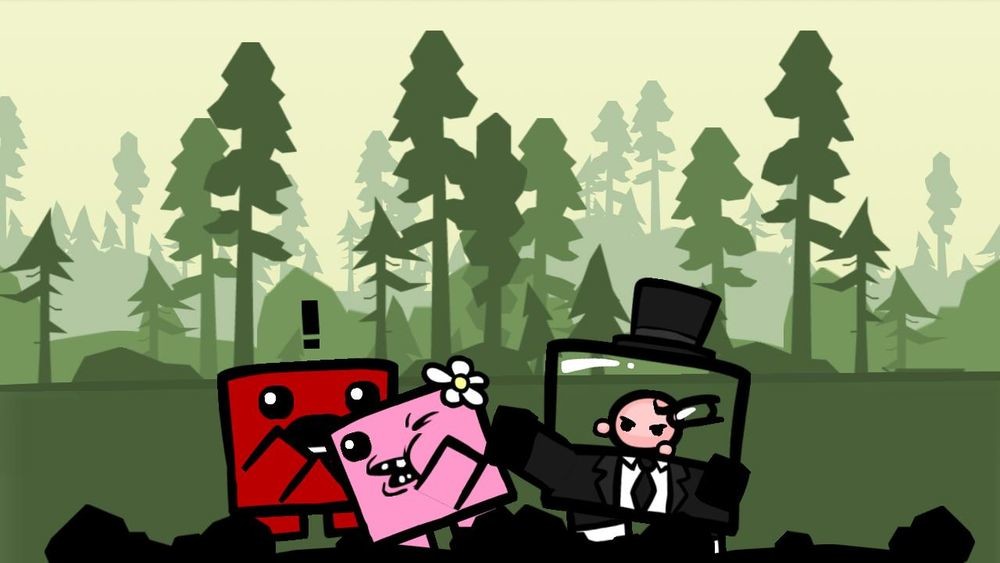 My first contact with the Xbox 360 backward compatibility on Xbox One could not have been worse, in any case. I chose to remember the great ‘Super Meat Boy,’ so I downloaded it, and after that I executed it. The loading screen with the Xbox 360 logo came out and then a pop-up that had just logged on to Xbox Live, to see the following message:

“Accessing the information on your Xbox 360…”

Many minutes passed. Too many. Maybe five. But in the end, it finished loading, and my mosqueo came. Although the only option to load the game is the Cloud, and the game loaded my game, at the moment of truth there was nothing. I knew that my original Xbox 360 game had gone to the Cloud since I had spent most of my games there for a few months. After this I went back to the original console, the Xbox 360, to see if there was an error … and to my surprise, after loading the game, everything was zero, except my online marker, with more than 200 phases completed. I went back to the Xbox 360 menu to make sure where the games were, and I went back to the game. In none of the devices, neither local, nor external, nor in the cloud, I was able to find my original game. Would I have deleted the Xbox One? I do not know, although I got adéjà vu about an error that maybe I had in his day with an update of the original ‘Super Meat Boy’ on Xbox 360. To know..

Then I switched to another one that did not have the backup in the Cloud, the great ‘BattleBlock Theater,’ and to my surprise, I also loaded it on Xbox One. All my progress was there.
Fortunately, it was a pointing error, since then I tried several games of digital nature without any problem. I tried the ‘Banjo-Kazooie’ of Nintendo 64 (the conversion of Xbox Live Arcade, of course) and it was perfect. He loaded the game correctly.

Then I switched to another one that did not have a backup in the Cloud, the great ‘BattleBlock Theater,’ and to my surprise, I also loaded it on Xbox One. All my progress was there. And by the way, I took the opportunity to advance a couple of phases, which is very cool.

I followed another that I did not have in the Cloud (not even in the local, or at least I did not find the game on Xbox 360), the first ‘Toy Soldiers.’ And it also loaded my progress on Xbox One, to my amazement. Until finally I opted for one that had not released, its sequel, ‘Toy Soldiers: Cold War’, to see if the achievements were unlocked without problems here. And indeed, perfect.

It should be remembered that Xbox 360 games on Xbox One enjoy the features of this, that is, the screenshots or the ability to save video clips. A very welcome addition.

The other side of the coin, at least for now, is the theme of games in physical format. I tried it with a pair (Kameo: Elements of Power and Banjo-Kazooie: Potholes and Cachibaches) and with neither of the two I was lucky. I have given him to install the disk, but he shows me this message:

“You can not play this game

A difficult mistake since they are two retro-compatible games, precisely. In any case, it is still the Preview version of Xbox One Backward Compatibility, so updates will arrive that will correct these failures. While with others there are no problems.

How To Activate A Disabled iPhone/iPad After Using Wrong Passcode

How to Watch Formula 1 2020 Anywhere Online

10 Tips to Set Up a Quality Home Theater

An uninterrupted shift from IT staff to Managed IT service provider

How to create a WiFi heatmap?