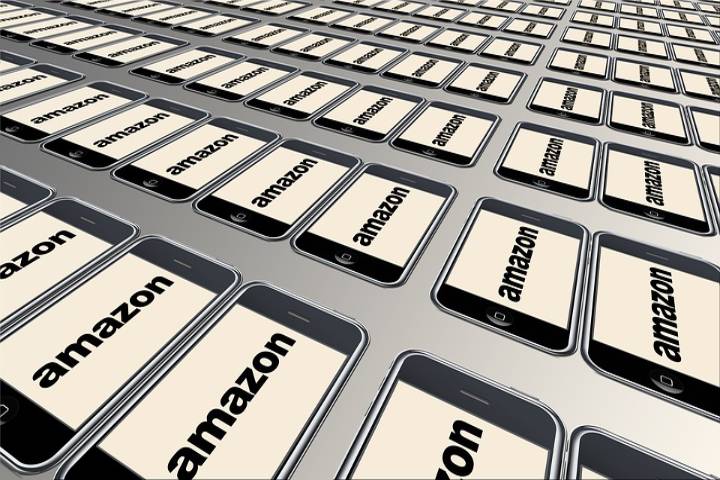 With so many excellent series you can stream and still have great television apart from that one can watch TV all day. With that in mind, here’s a list of the best on Amazon prime. Are you ready for some serious binge-watching?

With humor, action and drama rolled into one offering, this superb comic book adaptation from the producers of Preacher shows superheroes with all the character flaws just like the rest of us. Vought, a ruthless corporation, keeps their bad side undercover on purpose to do their dirty work so money never stops coming into the kitty.

However, one young man is bent upon revenge and joins a group of vigilantes with the aim of bringing Vought down once and for all. The Boys is said to be Amazon’s best original series in a long time and if you don’t have a good connection to watch it Cox Cable Las Vegas has services you’ll love.

Set in modern-day England, this six-part miniseries about a demon and an angel, whose age-old friendship faces the end along with the rest of the world as the Antichrist comes of age and Armageddon is just around the corner, will have you gripped. Amazon has taken Neil Gaiman and Terry Pratchett’s cult fantasy novel and turned it into a screen adaptation worth watching.

Packed with sex, violence, and language, the best way to describe The Expanse is Game of Thrones in a sci-fi setting. Set in a period where humanity has conquered the solar system, offering a great cast of characters, the story revolves around various factions vying for power while Earth and Mars seem to be on the brink of war.

Joaquin stars as John Callahan, an alcoholic who gets into a car crash in this Gus Van Sant offering. He becomes paralyzed and slips into depression; he doesn’t give up boozing but does start finding comfort in friends, art, and the twelve-step programmer. With excellent support from Jonah Hill and Rooney Mara, it is a story about conquering your worst desires and choosing life for the better.

Maya Rudolf and Fred Armisen are a married couple trying to get to grips with a creeping middle-aged itch. Funny, smart, and touching – one of Amazon’s best recent original series.

With eight individual movies, each episode is a story within itself and only one thing links all the stories – the characters believe they’re descendants of the ousted Russian royal family. With a separate cast and set in every episode, you’ve got a script that’s funny, touching, and insightful. All in all, you’re in for a treat.

John Krasinski proves to be the perfect fit for the title character while Wendell Pierce plays James Greer, Ryan’s boss at the CIA. With the location and setting varying wildly throughout the series Ryan tracks an Islamist terrorist, you’ve got espionage, counter-espionage, and international terrorism. Perfect if you’re going to watch it on a 4K TV.

Steve Carell, Bryan Cranston, and Laurence Fishburne are Vietnam veterans who reunite after decades to honor Carell’s son, also a Marine, who is killed in Iraq. Carell wants Cranston and Fishburne to be present at the burial in Arlington Cemetery. Last Flag Flying is a story about war, duty, religion, and patriotism. A must-watch!

Stand-up comic Kumail Nanjiani playing himself faces a culture-clash while trying to lead a normal American life while his Pakistani parents want him to get into an arranged marriage with women he doesn’t even know.

His wife, the writer Emily Gordon, here called Emily Gardner played by Zoe Kazan, suddenly falls seriously ill. Confronted with the two roads in his life, he now has to meet her parents, played by Holly Hunter and Ray Romano.

A bubbly housewife, Midge Maisel, with husband, kids, and a beautiful Upper West Side apartment. She is forced to do standup comedy, after all the goodness of her comfortable life falls apart, and finds she has the talent to make people laugh cloaking real-life truths with humor.

This is the story of a 60+ divorcee telling his three grown-up children that he wants to live as a woman. What goes on between the children who have their own individual issues is a comedy you shouldn’t miss.

A conman played by Giovanni Ribisi, turns up at a family’s house claiming to be their long-lost grandson. Sneaky Pete is the perfect choice for Breaking Bad lovers where that left off. With a great cast and a gripping plot, Sneaky Pete is an Amazon Original as good as any of Netflix’s best.

A show for all Top Gear fans, Clarkson and company take you on a beautifully shot grand tour. So if you’re into cars and anything petrol, this impeccably-produced show fits the bill perfectly. Oh, and it’s all shot in 4K!

Based on the Neil Gaiman novel, it takes us through ancient and modern mythology, Americana pop culture and immigration. The cast includes Ian McShane, Peter Stormare, and Gillian Anderson with British actor Ricky Whittle in the leading role, which he plays to the hilt.

John Tavner wants to be a folk singer but life just won’t let him. The story revolves around Iran, nuclear weapons and a Luxembourger cop. Funny with great acting. A must-watch!

An Amazon Exclusive rather than an Amazon Original, the makers of Preacher have surpassed themselves adapting the comic book series into a TV show. The first season establishes the characters such as Jesse, Tulip and Cassidy with the drama going on to attain cult status of its own.

A sci-fi thriller around an alternative 1960s North America and a new Cold War between Imperial Japan and the German Reich, it’s a series for history buffs and sci-fi fans and anyone who’s into high concept television. Shot in 4K and HDR it’s a must-watch.

With 30-minute episodes, this is a show with investigative reports, interviews, poems, surreal comedy and cartoons, all presented in bite-sized chunks. It’ll keep you hooked.

Set in East London in the wake of the Jack the Ripper murders, the show touches upon real-life period characters and events. Produced in conjunction with Amazon binge-watch every episode, should you wish.

Red Oaks offers itself with the right amount of humor and pathos. Set in ’80s New York suburbia, it’s about the life of David Myers. More than anything it’s the characters that make the show. Watch out for tennis coach Nash.

Based on Michael Connelly’s novel, spanning over various seasons, Bosch peeks into LA detective Harry Bosch’s past and showcases his ongoing search for the man who murdered his mother. The plot will keep you coming back for more.

Betas follows four geeks developing a social dating app. Packed with dark and slapstick humor as both Mitchell and Hobbes try to sort out their own love lives, it’s also quite touching. For some odd reason it never got a second series.

One for the kids, this one’s an adaptation of the book by Cindy Callaghan making for a great family must-watch. Three pre-teen girls find an ancient cookbook with magical recipes, which affect anyone who eats what’s cooked with them. They soon realize the whole town is under a strange spell. With just two series so far, it’s perfect family viewing.

Top Benefits of a Workflow Management Tool for Your Business

The Role of a Data Scientist

3 Easy Methods to Achieve Personal Success as an Entrepreneur

How To Ensure Maximum ROI from LMS