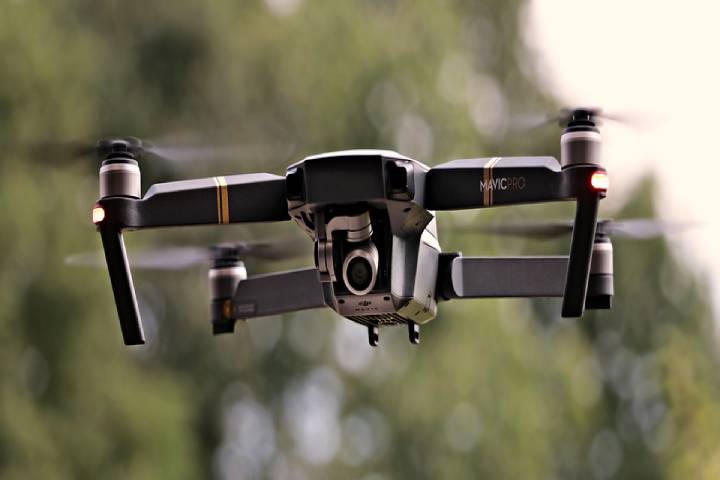 Two things spring to mind when most of us think of drones; recreation and spying. They’ve been creeping into our everyday lives more and more. They can be a hazard to planes and an unchecked way to annoy neighbors. A registry developed by the government to curb such problems has, for the most part, failed.

Micro Air Vehicles (MVA) and Nano Air Vehicles (NAV) are not without controversy. It’s easy to see how these little bots can serve benevolent and sinister purposes.

Here are a few ways nano drones are being put to work.

Could swarms of nano bots wipe metals and other pollutants from the ocean? Yes.

Not even as wide as a strand of hair, they can clean almost 95% of lead from contaminated water in about an hour.

When their hour is up, the lead ions are removed using an acidic solution, then back to the fray!

They’re coated in graphene, an allotrope of carbon that is two hundred times stronger than steel, and a conductor of heat and electricity. Graphene is used in all sorts of products, including eco-friendly paint that is temperature regulating. On the bots, it helps capture metal from the water.

An interior platinum coating reacts with hydrogen peroxide, which acts as an engine, moving the mini drones forward. Currently, electrical fields control their movement, but future generations will be self-guided.

Heavy metals are a weighty burden for our oceans. A byproduct of the ever-increasing battery and electronics manufacturing industries. 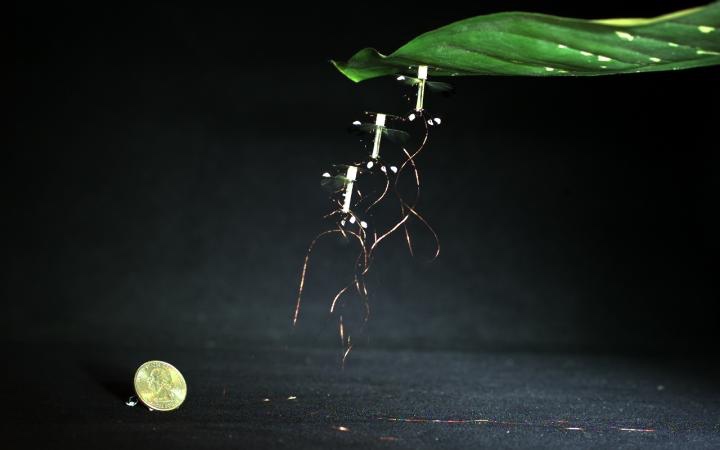 Larger drones can be especially useful in reseeding forests destroyed by logging or disaster.
Treacherous terrain difficult to traverse on foot (especially while lugging equipment) can easily be seeded from the air.

But their smaller cousins reseed in a different way by acting as a bee or pollinator. In a worst case scenario, they might be used in place of real bee hives decimated by Colony Collapse Disorder to pollinate commercial crop fields.

In Japan, researches have produced insect-sized drones controlled by radio waves. Their belly, populated with horsehair coated in ionic gel (which was the product of a failed, unrelated experiment) can pick up pollen from one flower and move it to another, mimicking the way bees work.

It contains four compounds that react to light — acting as camouflage making the drones almost invisible.

Initially, the gel was tested on ants , which were let loose in a tulip box. After three days, they were bathed in pollen.

Japanese Lillies used in tests were successfully pollinated more than one-third of the time by the drones.

Harvard researchers have been developing drones that mimic bees too. These bots, nicknamed RoboBees, are about the same weight as a real bee — able to perch or rest during their flight to conserve energy, similar to a bird or insect. This keeps them on their mission longer, without needing extra energy — about 1,000 times less than it would take to hover. A boon to smaller drones that run out of fuel fast.

Unfortunately, adding a sticky substance or moving parts to an already tiny drone so it can ‘perch’ isn’t an option. They solved the problem by using something called electrostatic adhesion.

An electrode patch is attached to a foam block to absorb shock. When charged, the patch can cling to a number of different surfaces, including natural ones like leaves. Ready for liftoff? Cut power to the patch and off it goes.

At the moment, they’re limited to perching on ceilings because the patch is located on the top of the drone, so there is more work to be done before it can sit anywhere, at any angle.

Search and rescue is the ideal way to use drones for surveillance. From lost hikers to people trapped in mines or natural disaster areas.

Swarms of cockroach biobots that are remotely controlled could be used to search difficult locations, like collapsed buildings, thus reducing risk and allowing rescuers to see in areas they might not have been able to otherwise.

The swarm is paired with an unmanned aerial vehicle which prevents the bots from leaving a predefined area via a radio signal beacon. Unique software translates data from their sensors to create a map of the area. Once the defined area is thoroughly mapped, the aerial drone moves to a new section bringing the roaches with it, and the process starts again.

Even though there are numerous ways that surveillance drones are used positively, anxiety continues to grow about how such devices could be used in the near future. Alarming reports of nano drones that look like mosquitos or insects that can take more than your picture have surfaced. Speculation has increased about mini-machines taking your DNA, in much the same way a real mosquito can. Mosquito imitating drones that could take blood or inject a substance under your skin is so far, just speculation.

Fears were at a high in 2007 when it was widely reported that crowds attending political events saw a cloud of dragonfly-like insects hovering above them.

Some believe these are new mechanical drones, while others think they’re living dragonflies with biotics attached to control their movements. The latter is seen as a way to solve the problem that many tiny bots face; how to supply enough energy without a battery. However, using live animals raises quite a few ethical concerns.

The hummingbird drone tackles the problem of energy creation differently. Inspired by nature, it is self-propelled, flapping its wings like a real bird.

It can climb, descend, rotate — even fly sideways.

Funded by DARPA ($4 million) and built by AeroVironment, it is larger than most of the other microdrones we’ve discussed, weighing in at .67 ounces, with a wingspan of 6.3 inches. It can stay in the air for up to 11 minutes, cruising at 11 miles-per-hour — and it can perch.

Its two crowning achievements: hovering in wind gusts without being blown further than one meter and being able to hover for eight minutes straight.

It can ‘see’ through a camera on its throat/stomach area.

Lockheed Martin looked to nature when it designed the maple leaf seed, NAV. Early models were reportedly thrown in the air like boomerangs, then controlled by remote.

Drones are on the rise. Monitoring traffic and searching disaster areas are two ways they’re already working for the greater good. For better or worse, they’re here to stay.

The Most Technologically Advanced Watches Of Their Time.

5 Biggest B2G Companies On Earth. The Story Of Success

How To Ensure Maximum ROI from LMS